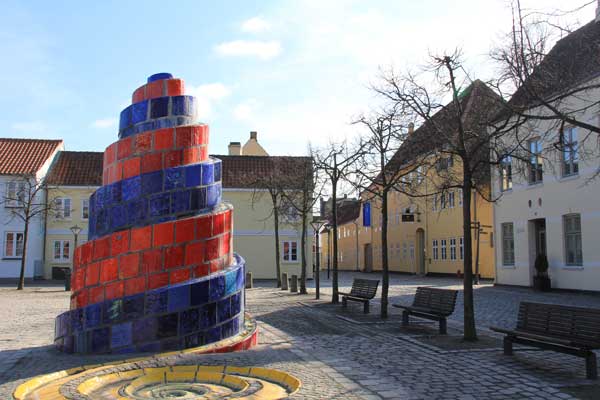 We are going on an exciting city tour in Odense City – the birth town of the famous poet, H.C. Andersen. On this tour we are going to walk by H.C. Andersen’s house of birth, where he was born on the 2nd of April, 1805. We will hear how it was to attend school at the point of time, where corporal punishment was accepted. We will see the washing place, where H.C. Andersen’s mother was doing the laundry for the wealthy. At the washing place we are also going to listen to the fairy-tale “She was good for nothing”, which is linked to this location. We are also going to experience the harsh local town prison, which caused H.C. Andersen nightmares long into his adult life and became subject of several of his fairy-tales. Furthermore we are going to experience H.C. Andersen’s childhood home, the Cathedral, the Town Hall where he was honoured as honorary citizen in Odense, the Grey Friars’ Monastery and the castle where he supposedly was playing with, later to become, King Frederik VII. We will end the tour with the beginning, at the St. Canute’s Cathedral where H.C. Andersen was named.