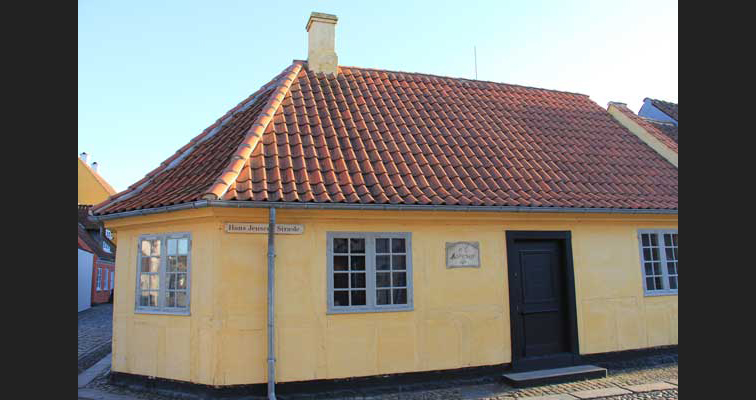 Come, let’s go on a tour around Odense, the city of H.C. Andersen. We are going to walk by the poet’s home of birth, his later childhood home, his school as well as the washing place where his mother earned her living. We are going to experience some of the buildings and places that had great impact on Andersen’s life – both as a child and in his later adult life. The local towns prison, the cathedral, the theatre and the Town Hall. On the way you will listen to anecdotes and to the poet’s own reflections on his life in Odense and from where he was inspired in his writing of some of our most beloved fairy tales. During the tour soundscapes from the time of H.C. Andresen’s childhood will emerge from time to time.
Are you ready?